Skadar shad most likely represent an undescribed landlocked endemic shad from Skadar Lake. The species is probably similar to Alosa agone (see Rakaj & Crivelli 2001). The species does not migrate to tributaries but remains in the lake and spawn along the shores on sand and gravel (Kottelat & Freyhof 2007). While landlocked shad are not ordinarily directly sensitive to hydropower exploitation, the series of planned schemes on the Morača River may threaten the existence of most if not all endemic fish species from Lake Skadar due to water surface loss and altered hydrology (see Mrdak et al. 2009).

The 27 dams planned on Lake Skadar’s tributaries (not shown here) threaten the global existence of this yet-described species. 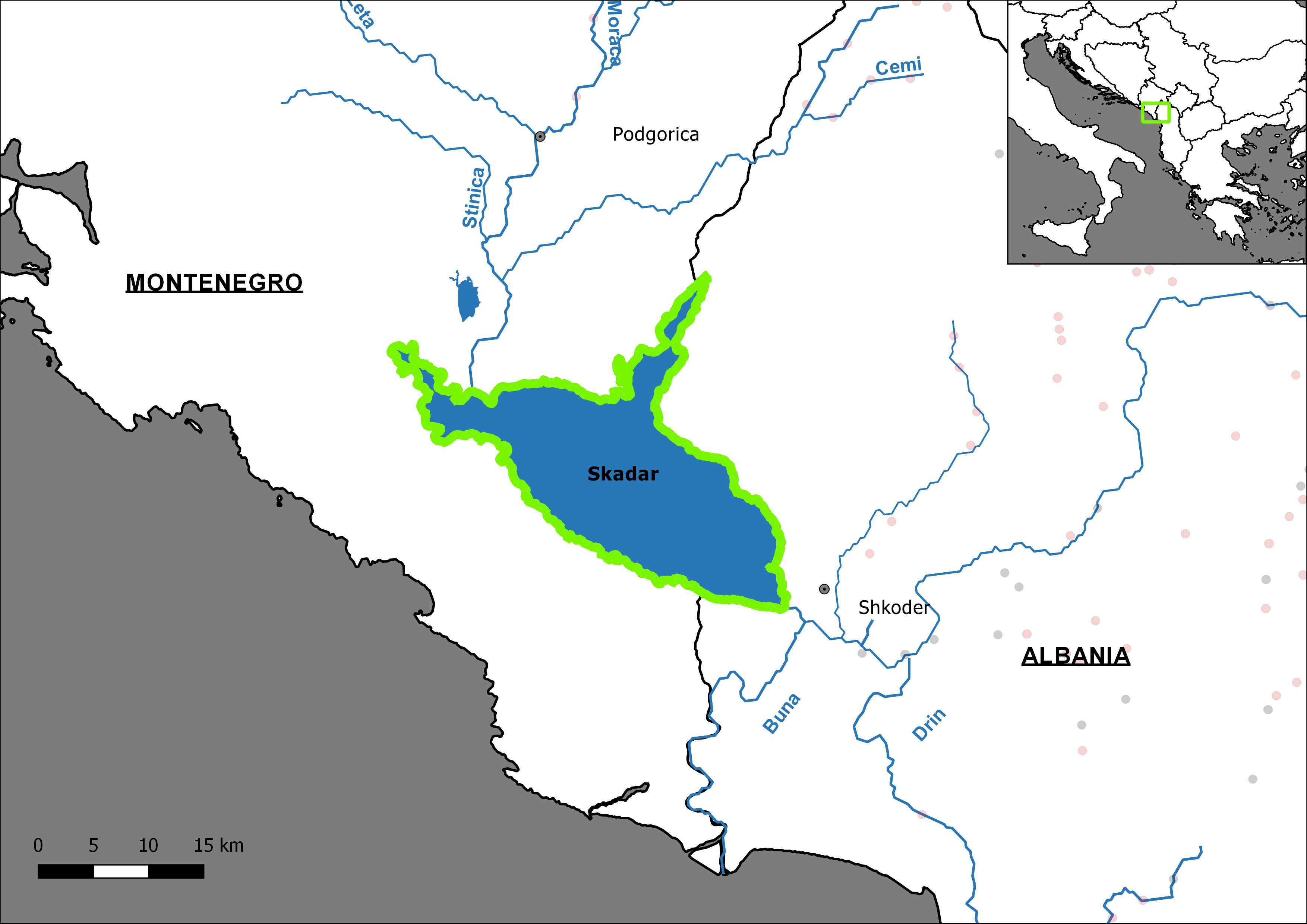