Pontic shad of the Black and Azov seas are anadromous and historically migrated as far as 1650 km up the Danube to Budapest (Lenhardt et al. 2016). In our study area, the species is primarily blocked by the Iron Gate dams but ca. 100 individuals per year pass via ship-locks and reach the lower Sava River (Višnjić-Jeftić 2013). Pontic shad spawn in fast-flowing water at 2-3 meters depth. Aside from dams, pollution and overfishing pose major threats to this species. The fishery in the lower Danube is still worth at least two million USD annually (Navodaru 1996). Lower Danubian stocks are currently stable (Lenhardt et al. 2016) but any further regulation or damming of the lower Danube would endanger the remaining stocks of this species in the Danube River Basin.

Up to seven large-sized hydroelectric dams are planned on the Danube and lower Sava, which could easily eliminate the remaining stocks of this species in the Balkan region. 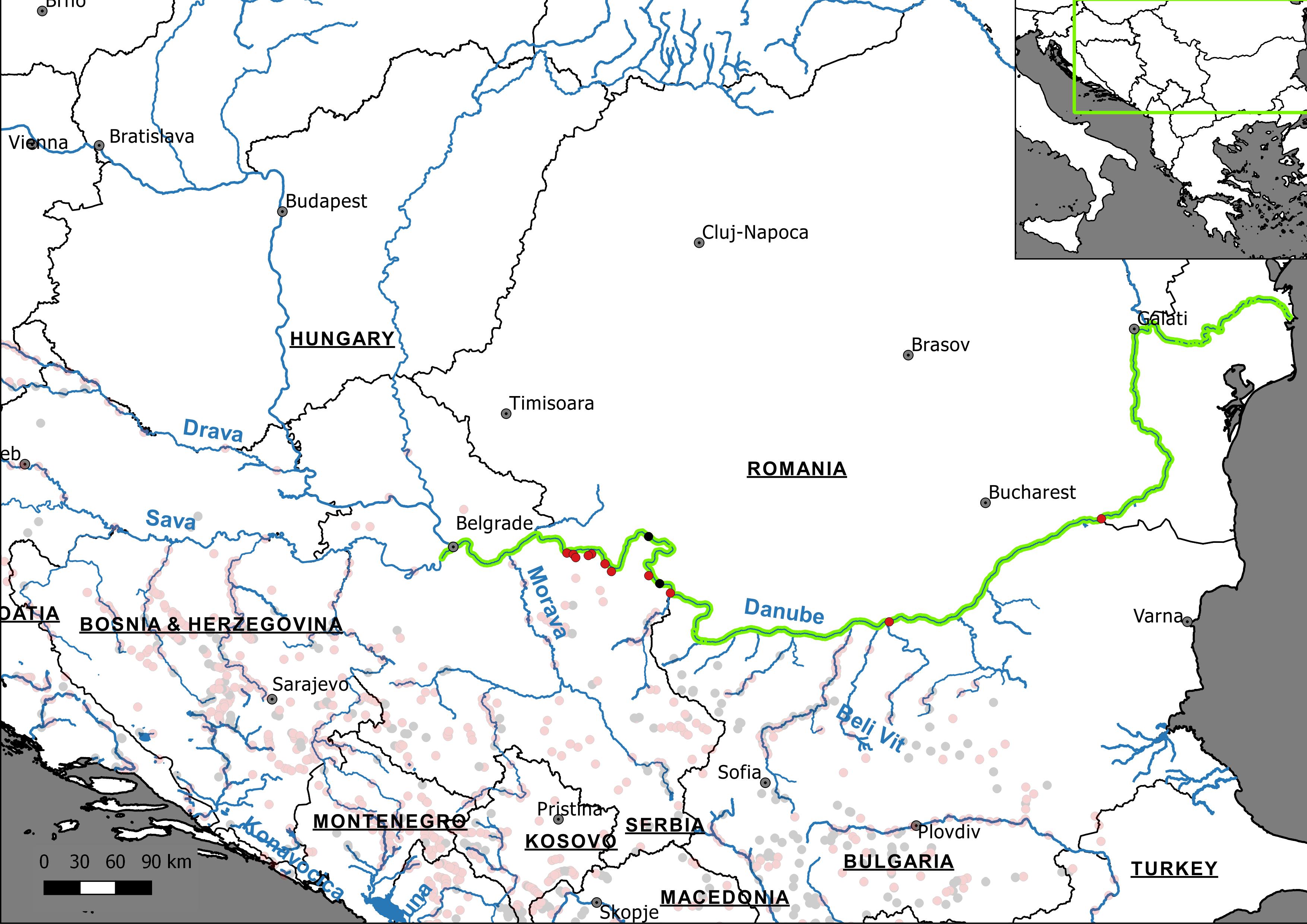