Twaite shad are a relatively large-growing (500 mm SL) anadromous member of the herring family. In our study region they are very sparsely distributed in the lower reaches of medium to larger rivers. They have become very rare in the Black Sea (Dobrovolov et al. 2012) and Lake Skadar in Montenegro (Mrdak, 2009). Reported from lower Neretva (Croatia), Strymon and Evros rivers (Greece) (Bianco 2002). Anadromous shad mature after 2-9 years at sea before returning to freshwater to spawn (Aprahamian et al. 2003). Pollution and damming have reduced their range and abundance during the first decades of the 20th century (Kottelat & Freyhof 2007). Shad in Lake Skadar (Albania) probably represent an undescribed freshwater resident species Alosa. sp. Skadar (Kottelat & Freyhof 2007) and not A. fallax (Rakaj & Crivelli 2001).

Dams planned on most of the remaining Balkan rivers where Twaite shad are found will likely eliminate the species from this region. 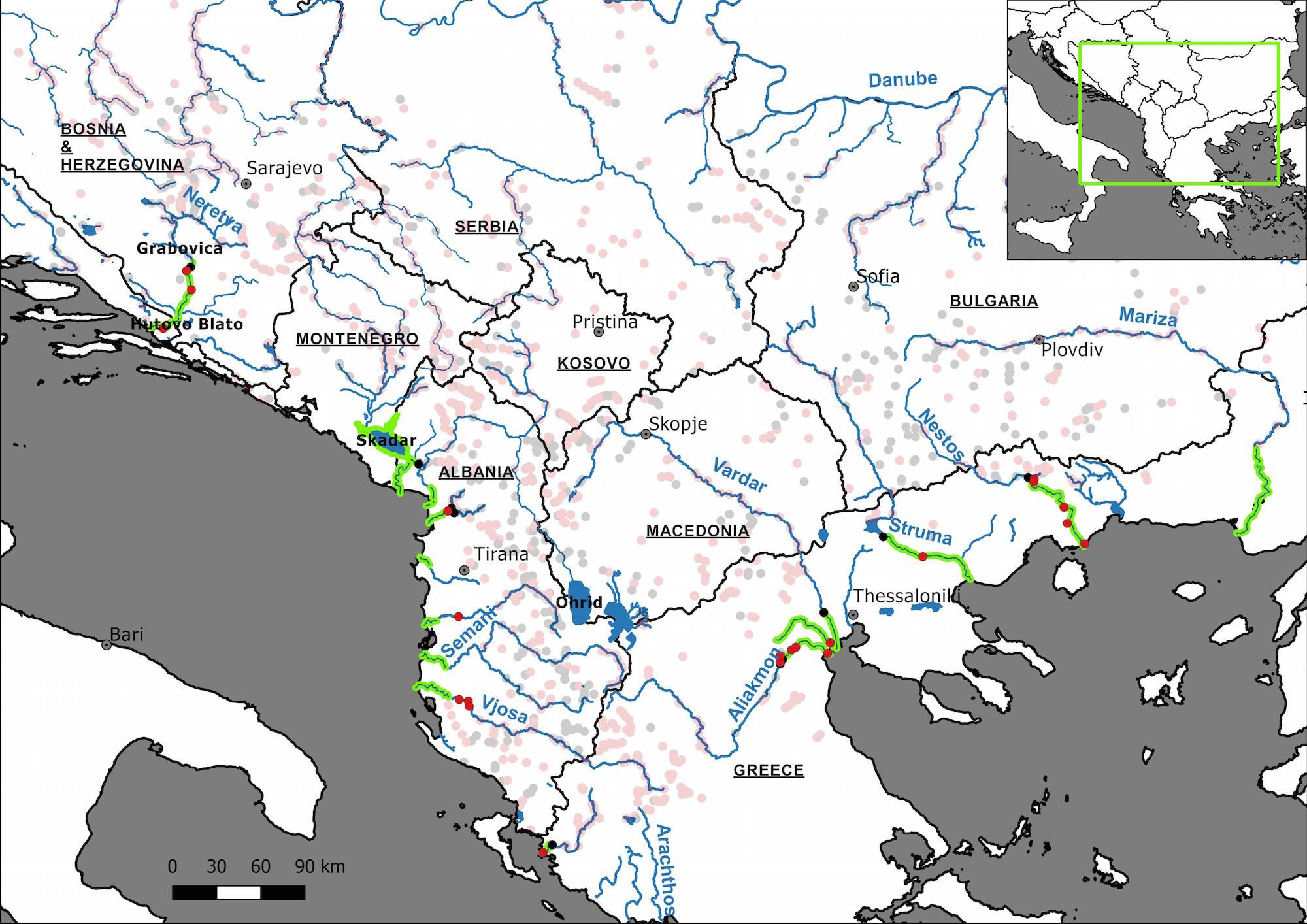