The Vistonis schemaya is a lacustrine cyprinid that migrates to the upper reaches of tributaries to spawn (Kottelat & Freyhof 2007). Schemayas were previously recognized as a distinct genus Chalcalburnus, but are now grouped together with Alburnus (Kottelat & Freyhof 2007). The species is listed as endemic to Lake Vistonida, but is perhaps found in the Filiouris drainage (Freyhof & Kottelat 2008a). Most spawning habitat has been lost due to the construction of irrigation dams (Freyhof & Kottelat 2007, 2008a).

There are six medium-sized (1-10 MW) hydropower plants in planning in the upper Kosynthos River and several small plants (< 1 MW) planned in the Kompsatos River, the two major tributaries of the lake. Disruption of bed-load transport or the flushing of fine sediments can easily destroy spawning grounds downstream. 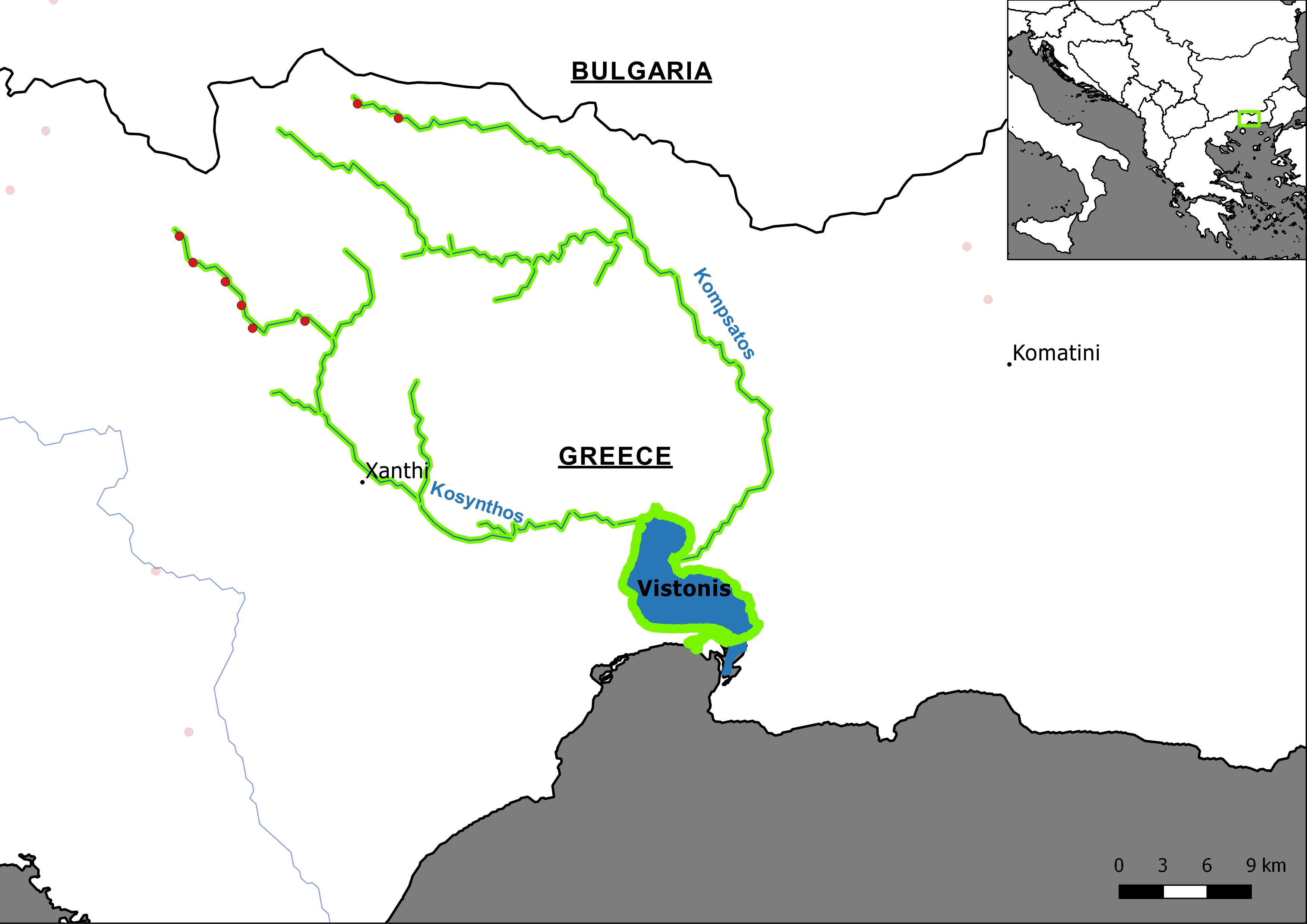