The Kolpa schemaya was described by Bogutskaya et al. (2017) from the Kolpa River (croatisch Kupa River) on the border between Slovenia and Croatia. This species was previously grouped with A. sarmaticus, but is easily differentiated based on two characteristics (gill rakers and scaled ventral keel, Bogutstkaya et al. 2017). Z. Marčić (pers. comm.) recognized the species from the nearby Dobra and Mrežnica rivers, but they have disappeared from the Dobra after construction of the Lesce hydropower plant. It is not known to what extent other populations in the upper Danube Basin may be assigned to this species; there are reports of catches in the Sava River in Bosnia, and specifically from the Bosna River near the town of Zenica (Z. Marčić pers. Comm.). If the rivers shown below hold the last remaining viable populations of A. sava, then the species should be downgraded to critically endangered.

A total of sixteen hydropower schemes are planned on the Kolpa and Mreznica rivers; the species might well be driven to extinction. The Kolpa is additionally one of the six free-flowing river stretches (> 100 km) in the Balkans harboring a self-sustaining population of huchen (Freyhof et al. 2015). 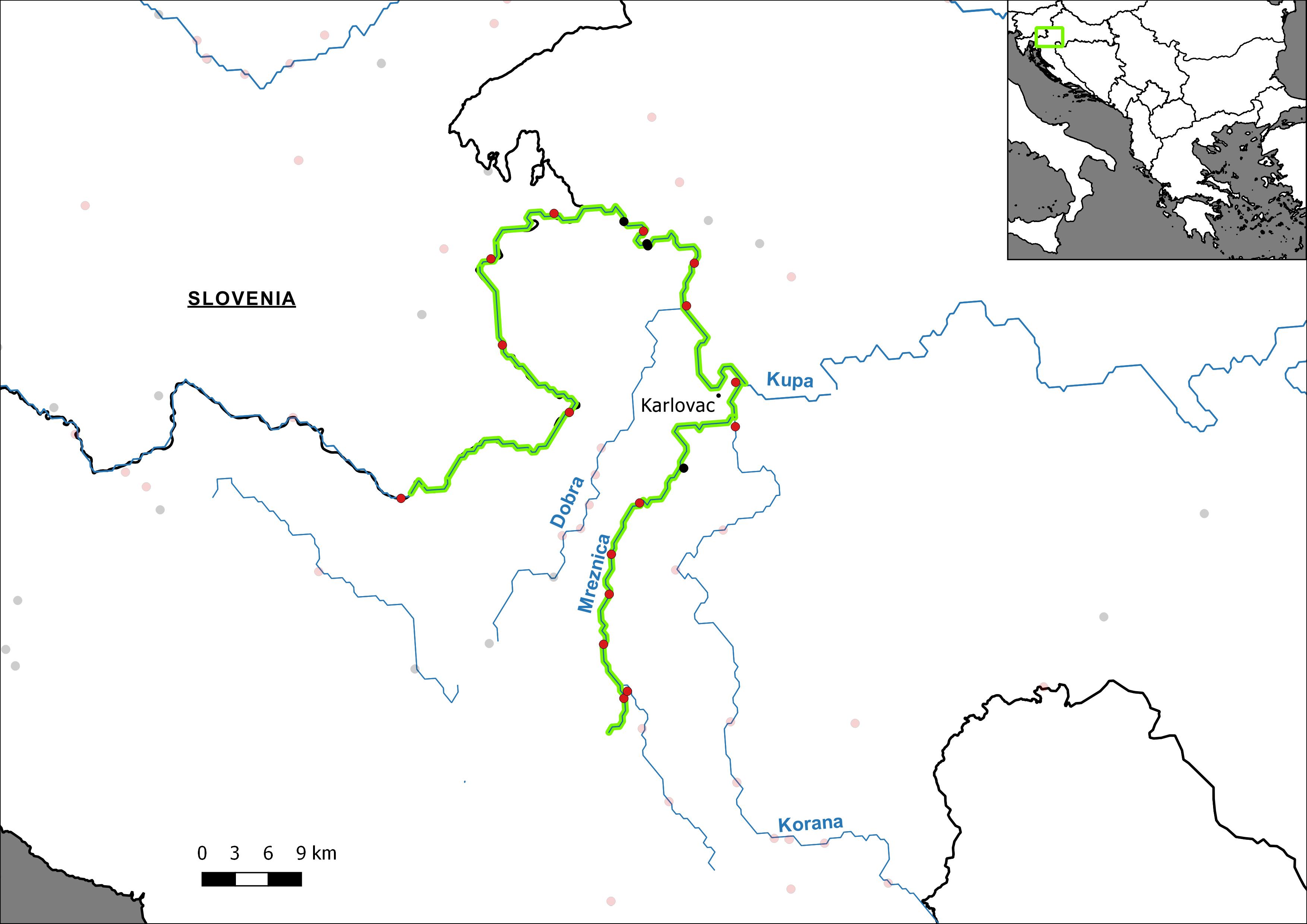