Prespa spirlin are one of seven species endemic to Lake Prespa (Kottelat & Freyhof 2007; Talevski 2010). Previously listed as Alburnoides bipunctatus prespensis, the species is strictly lacustrine and utilizes the shallow littoral zone as habitat. Like for most Lake Prespa’s endemics, water extraction for irrigation, pollution, and the introduction of invasive species are the major threats to its survival. The species should not be overly vulnerable to hydropower development as there are no major tributaries or outflows to be exploited.

Any additional water use or diversion is problematic for all of Lake Prespa’s endemic species as water levels in the littoral zone become altered and such projects invariably promote invasive species; small scale hydropower is planned on several small tributaries, such as the Ayros in Greece. 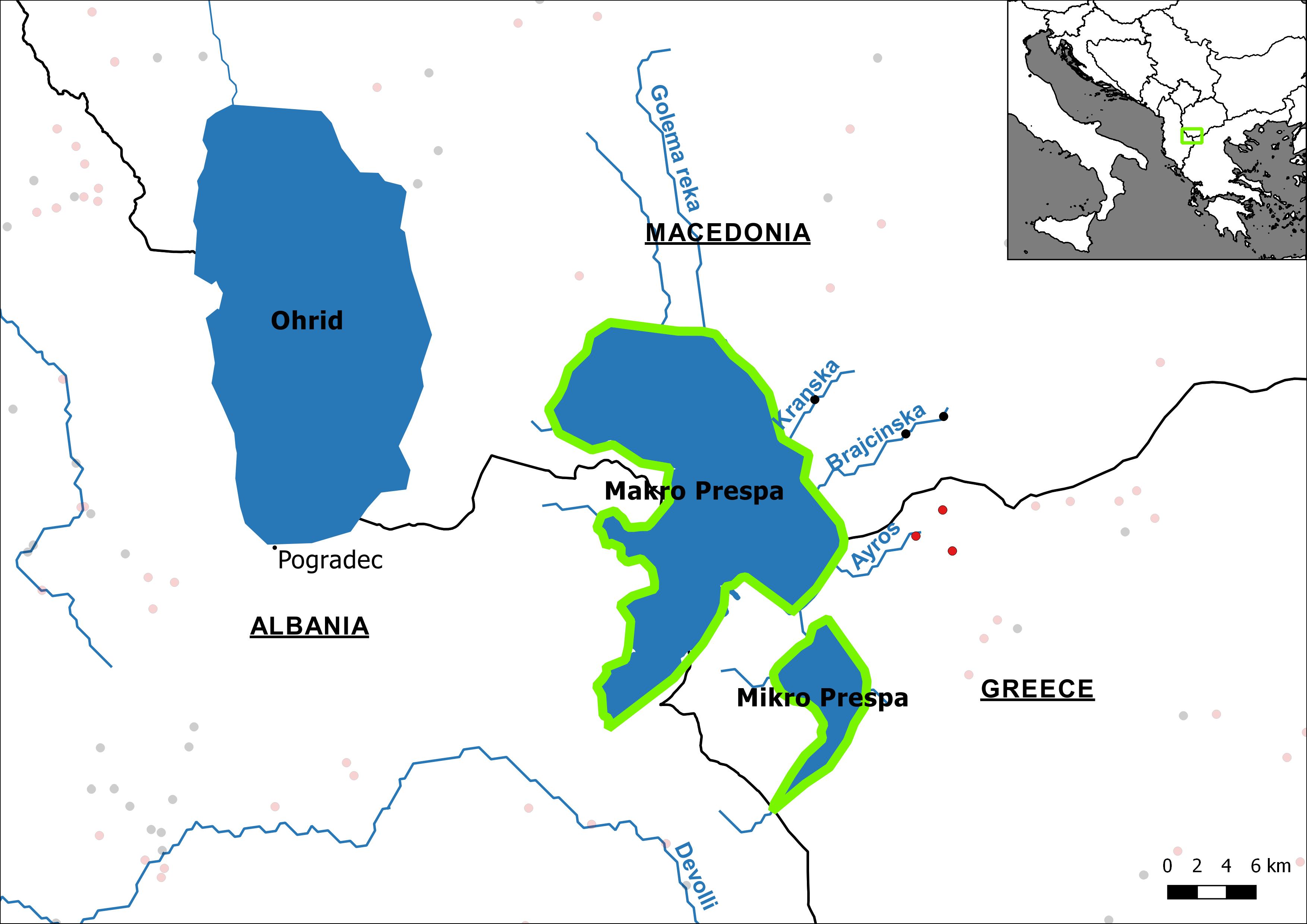