The Ohrid spirlin is listed as endemic to Lake Ohrid in Kottelat & Freyhof (2007) but local studies list the species as occurring in both Ohrid and Skadar lakes (Talevski et al. 2009; Talevska & Talevski 2015; Milošević & Talevski 2015). Previously treated as Alburnoides bipunctatus ohridanus, this lacustrine cyprinid fish uses the littoral zone as habitat, while spawning on rocky substrates (Talevska & Talevski 2015). The population in Lake Ohrid is likely not threatened by hydropower development, but populations in Lake Skadar, like many of the lakes endemics may be highly vulnerable to changes in water levels and/or introduced invasive species resulting from exploitation of the lake’s only major tributary, the Morača River (See Hotspot Morača/Skadar).

Twenty-seven planned dams (not shown here) in the Skadar Lake Basin could threaten or eliminate more than 50% of the species range. 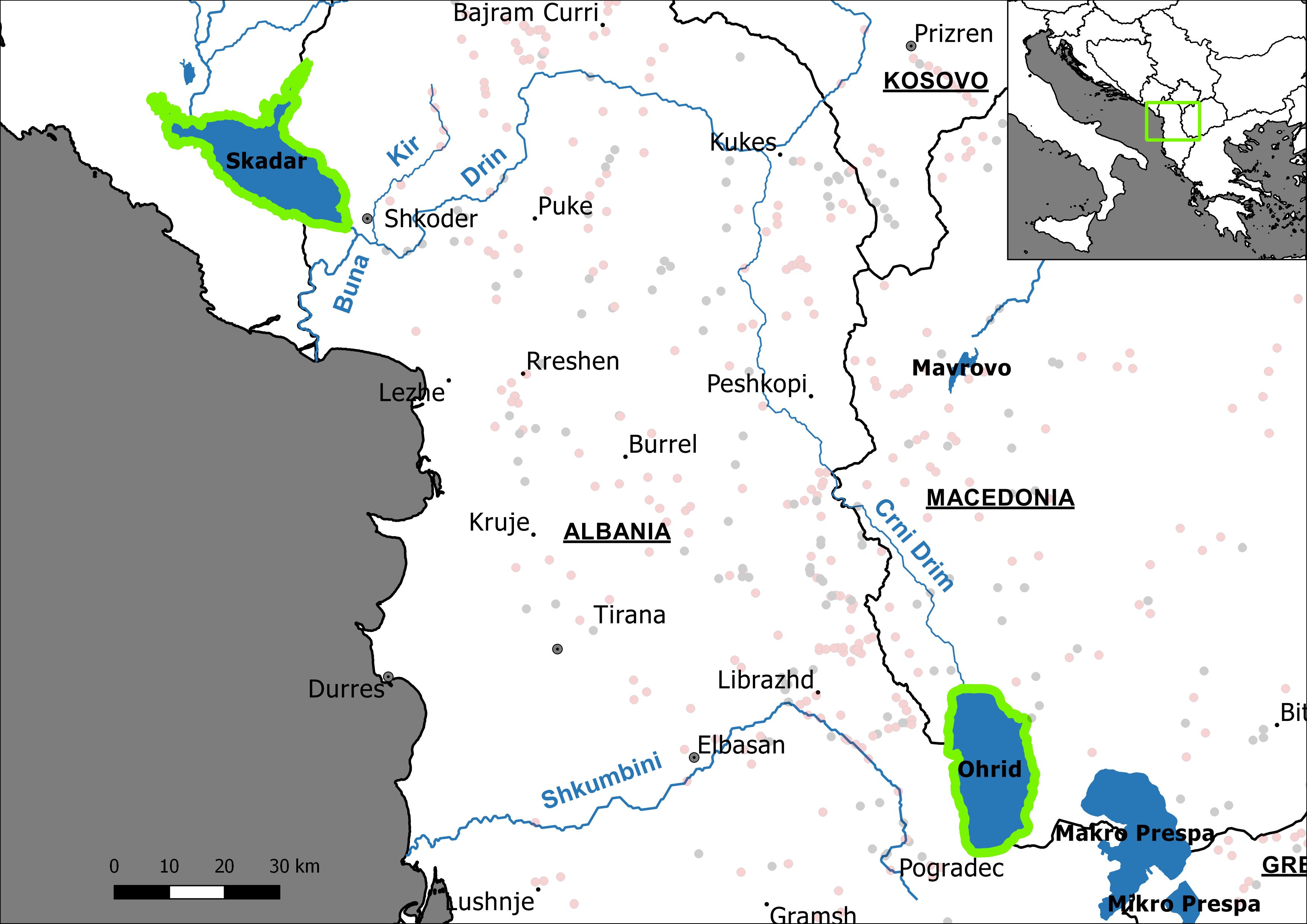