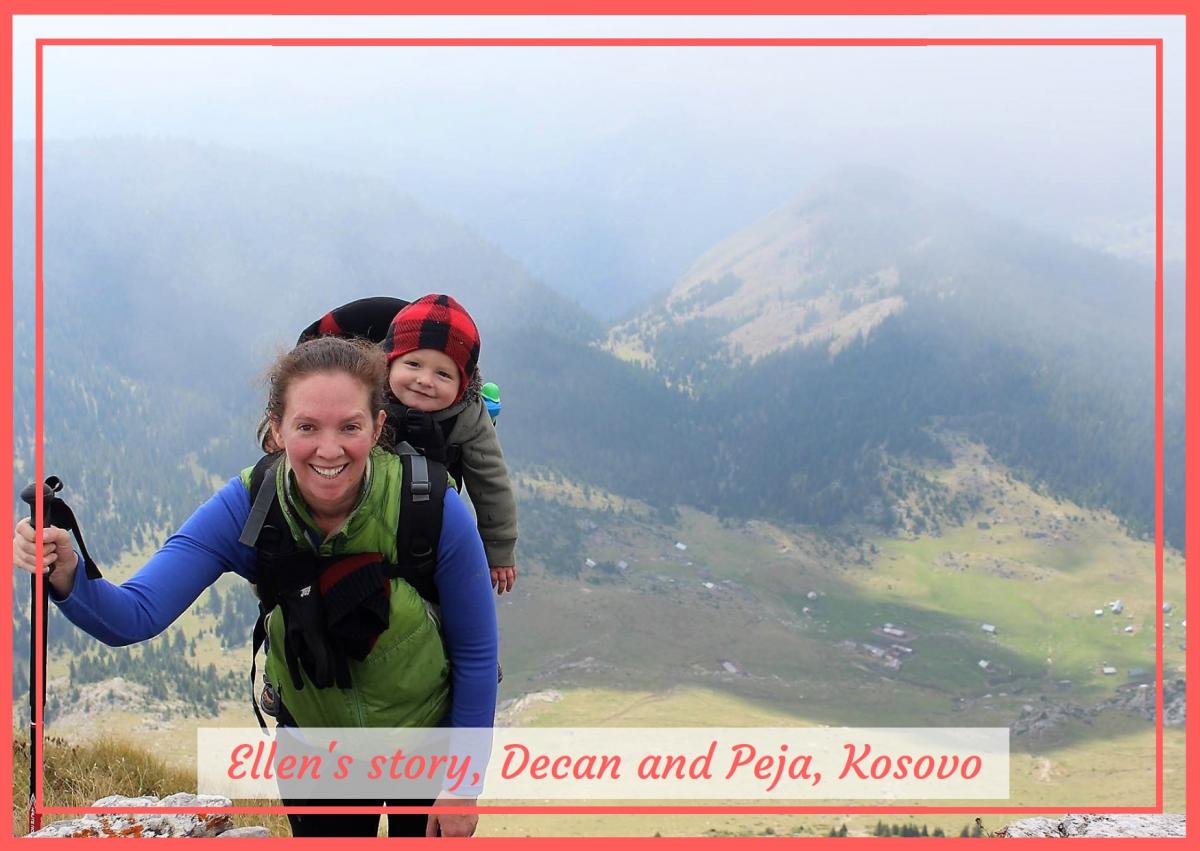 If you want to know what a buried river looks like, come to western Kosovo. Come and see for yourself a river that has been killed and put in the ground. Ellen Frank-Lajqi is matter of fact about the destruction of the Decan River in the mountainous region of Kosovo bordering Albania and Montenegro. Where once a river flowed, there are now just dried out sections of rocky river bed. It’s a scene from a far-off place where water, it seems, no longer exists. The Decan River, with its source high in the Bjeshkët e Nemuna National Park has been ‘re-engineered’. Its waters now flow underground, through enormous pipes feeding the hydropower plants that have sucked and stolen away its water. What was once a beautiful, natural river is now an electricity factory.

The pure magnificence of nature in Kosovo took Ellen completely by surprise. She did not know that places of such beauty like the Rugova Gorge on the Lumbardhi River in Peja could exist.

When Ellen Frank left the United States as a university student and came to Kosovo in 2003 to organise and take part in the first international peace trek across the border into Montenegro and Albania, she could not have foreseen that whatever plans she may have had for her future were about to change forever. The pure magnificence of nature in Kosovo took her completely by surprise. She did not know that places of such beauty like the Rugova Gorge on the Lumbardhi River in Peja could exist. When she decided she wanted to stay longer, and then helped start a local environmental organisation, Ellen was not aware of the impacts that hydropower plants, regardless of their size, have on rivers. She was initially more concerned about the impact of tourism on nature and its rivers, and the rubbish and trash that increased visitor numbers could bring. She knew that rubbish can end up in a river and spoil its waters and she wanted to educate people about taking their rubbish home with them and caring for the environment. She had no idea, though, no comprehension at all, that a river could be entirely destroyed by something so much more sinister.

Local people were sold the lie that small hydropower plants are ‘clean and green’. At first, when plans from Kelkos Energy, a subsidiary of the Austrian energy company, Kelag, became known, few people really knew what might change on the Decan River. They certainly did not know that sections of their river would soon disappear below the surface of the ground. They were not aware that a number of local villages would lose their water supply. Nobody told them that only a tiny percentage of the water that used to flow along the river would be left. It was never made clear that construction vehicles would mine their beloved mountains for gravel for the pipeline construction. Some people raised concern, others alarm, but before local communities could rally together to protect their river, the damage was done. Kelkos Energy got its way. It got its electricity. Kosovo lost a river. 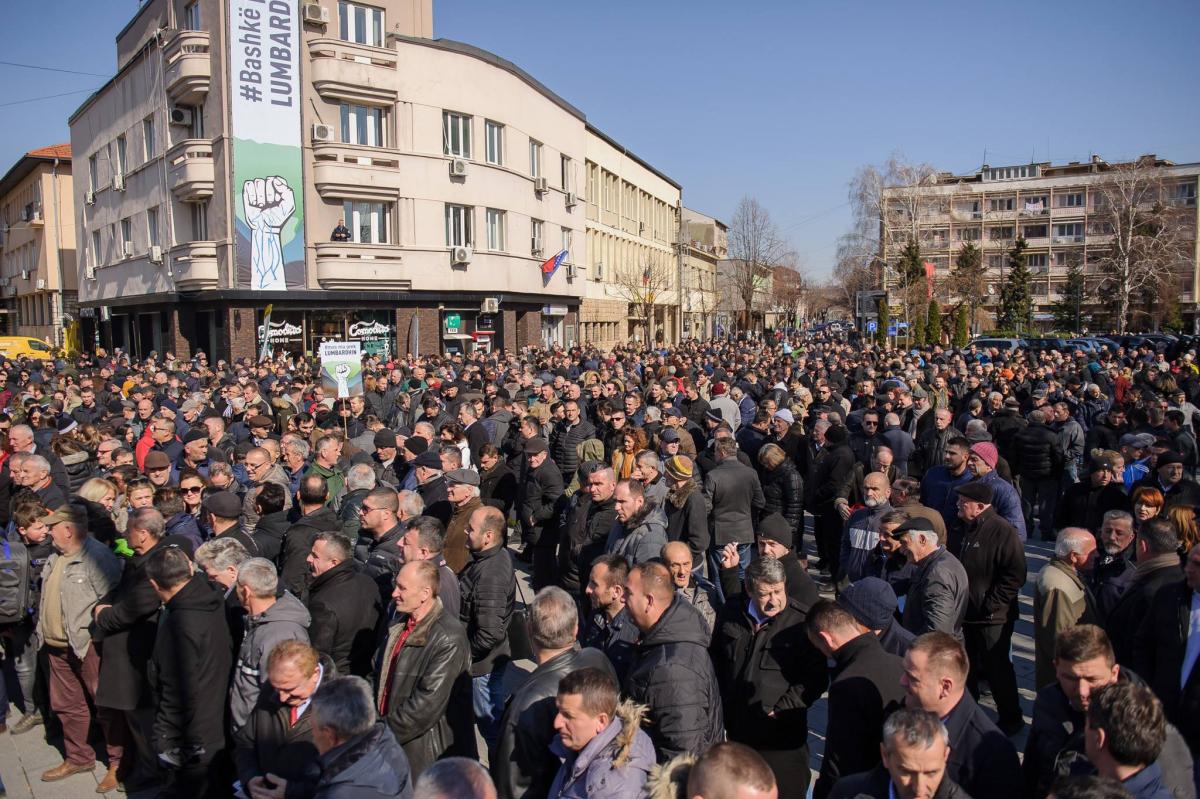 The destruction of the Decan River was heartbreaking, Ellen recalls. But this loss turned into community anger and the anger catalysed into peaceful protest and organised opposition. Kelkos has live ambitions for more river ‘re-engineering’ in the region. The next planned victim is the Lumbardhi River in Peja where five hydropower plants are in the pipeline. The local community opposition to the plans, however, has turned national and the spotlight has suddenly been thrown on the company’s hydropower investments. In February 2019, it was revealed that Kelkos' plans for Peja would be assessed as a national strategic investment and would bypass local laws, including opposition from the municipality. Alarm bells rang, and locals in Peja and Decan organised massive public rallies in opposition to the plans to destroy the Lumbardhi River. A wave of support for the river spread around the country, and was felt in Kosovo’s capital, Pristina. The pressure on the government rose to the point that even the Prime Minister, who was previously supportive of hydropower, had to publicly express his opposition to the development.

Local environmental organisations, including Environmentally Responsible Action (ERA) group which Ellen helped establish a number of years ago, allege that the hydropower plants built on the Decan and other rivers in Kosovo are operating illegally. Local water authorities had raised the issue of the impact of the hydropower plants for many years but they were still built. It seems that proper environmental assessments were never made. Through the persistent and diligent research of local communities, the allegations of illegality are slowly proving to be true. One of the hydropower plants on the Decan River was recently cut off from the electricity grid because no evidence of appropriate permits can be produced. Their sights are now turned on all plants, existing and in line for construction. Ellen is hopeful that the will of the communities who love their rivers and want them to stay wild will prevail over the greed and dishonesty of the hydropower companies.

Along with others in her local community, Ellen, who is married to a local Rugova resident and has four children living in Peja, feels the deep loss of the Decan River. It was a horrible lesson to learn, but it has given birth to something that lay sleeping below the surface of life in western Kosovo. The loss has ignited an incredible bond between people of all backgrounds in the community and has given them a shared sense of responsibility and common destiny. Local communities around the country are much more aware of the dangers of the false promise of hydropower and they will fight with all they have to protect the rivers they love. The international peace trek that she organised all those years ago may have led her to a different place, but on these rivers, Ellen knows her people, her place and her home.