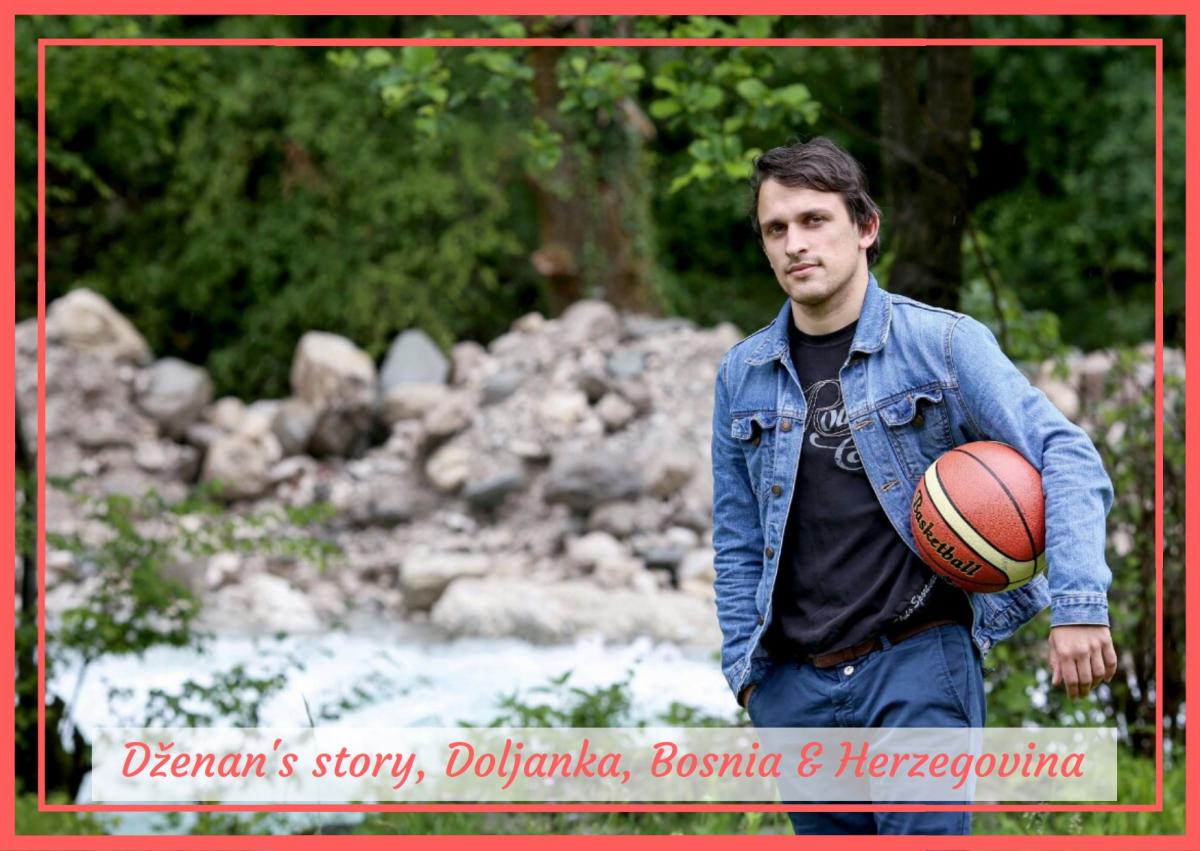 It’s not often you find yourself in a contest against your country’s most formidable basketball player. And when that player used to compete in the USA’s NBA on a multi-million dollar contract, you are really up against it. But this does not seem to worry Dženan Šašić, who just happens to have been born in the same town as the ex-professional basketball player, Mirza Teletovic. Their shared hometown is Jablanica, a small town in central Bosnia and Herzegovina about 60 kilometres south-west of Sarajevo. But that’s about all they share. The playing field of their game is outside of town. It’s just not about basketball.

The Doljanka is a tributary of the Neretva River, one of the most important rivers for threatened fish species on the Balkan Peninsula. Dženan is the fourth generation of his family who grew up on the Doljanka River.

Mirza Teletovic is the sole investor in a company called EKO-VAT. At the bottom of the Homepage of the company’s website (ekovat.ba), one finds beautiful pictures of rivers in the region outside of Jablanica - photographs of mountain streams, flowing water and an enchanting river bend. Under the Projects section of the website, there exists a single sentence about a planned hydropower plant, “MHE Zlate”, on the Doljanka River. There is a space for a photograph beside this sentence, but the photograph is blank. It’s what’s behind this blank photograph that Dženan, and other residents of Jablanica and the neighbouring village of Zlate, are courageously fighting against.

Dženan is the fourth generation of his family who grew up on the Doljanka River. He learned to swim there, it’s where he spent time with friends on school holidays, and it’s the place he went to study in peace, to help pass exams to get himself through university. Nowadays, when he is at work in Sarajevo, his mind is always on the river. Dženan cannot comprehend spending the hot days of the Balkan summer anywhere but on there. When Dženan was young, his father had to leave the country for work. He is still away today, but he hopes to come home soon day soon, and retire and the place where he brought up his young family. He wants to return to the Doljanka River, and reconnect with the memories and the experiences on the river that he has so missed since working abroad. 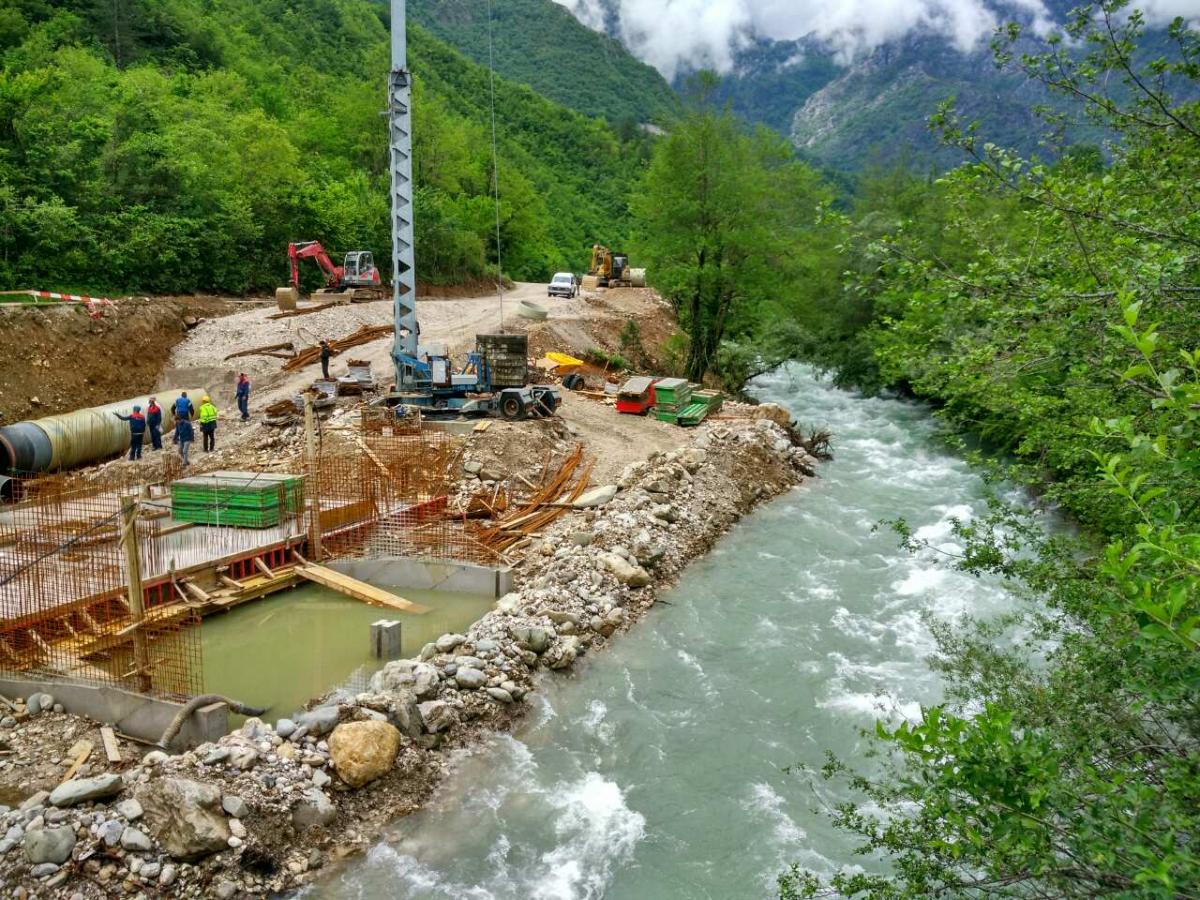 45 tonne excavators are digging up the river, concrete is being poured and foundations laid to turn the flow of the river into electricity. The construction site is wreaking total devastation on the river.

Dženan’s father’s dream to return home is, day by day, being destroyed by Teletovic’s hydropower plant that is being built on the Doljanka. 45 tonne excavators are digging up the river, concrete is being poured and foundations laid to turn the flow of the river into electricity. Kilometres of huge 1.8 metre diameter pipes will be dug directly into the river bed. They will divert the water underground, drying out sections of the river for most of the year. ECO-VAT’s website does not have a photograph of the project for good reason. The construction site is wreaking total devastation on the river and the natural environment around it.

The Doljanka is a tributary of the Neretva River, one of the most important rivers for threatened fish species on the Balkan Peninsula. It is also home to the “glavatica” trout an endemic and endangered species. This fish, like most, doesn’t like hydropower plants. It lives here, and needs free-flowing rivers to survive. The Doljanka is only 16km long, but it is treasured by local fishing organisations, where fly-fishing is the main technique. In October last year, local residents protested on site to try and protect the river from the excavators. Dženan and 65-year-old Naza Spahic were subsequently sued by Teletovic for stopping the work during the protest. Teletovic claims that he wants to give back to the town he came from but after the protest, he allegedly wanted to sue all of the residents who turned up that day to save the river. Apparently, his lawyer thought this may not be a good look for such a loyal Jabalinca resident. But Dženan and Naza and other Doljanka River supporters, including the recently formed Citizens Association of Doljanka, have issued legal proceedings of their own, claiming that the construction is unlawful on environmental and procedural grounds. Despite their action actually bringing an interim injunction to the construction, the excavators continue, allegedly unlawfully, to rip up the river bank. Teletovic, apparently, is in a hurry. 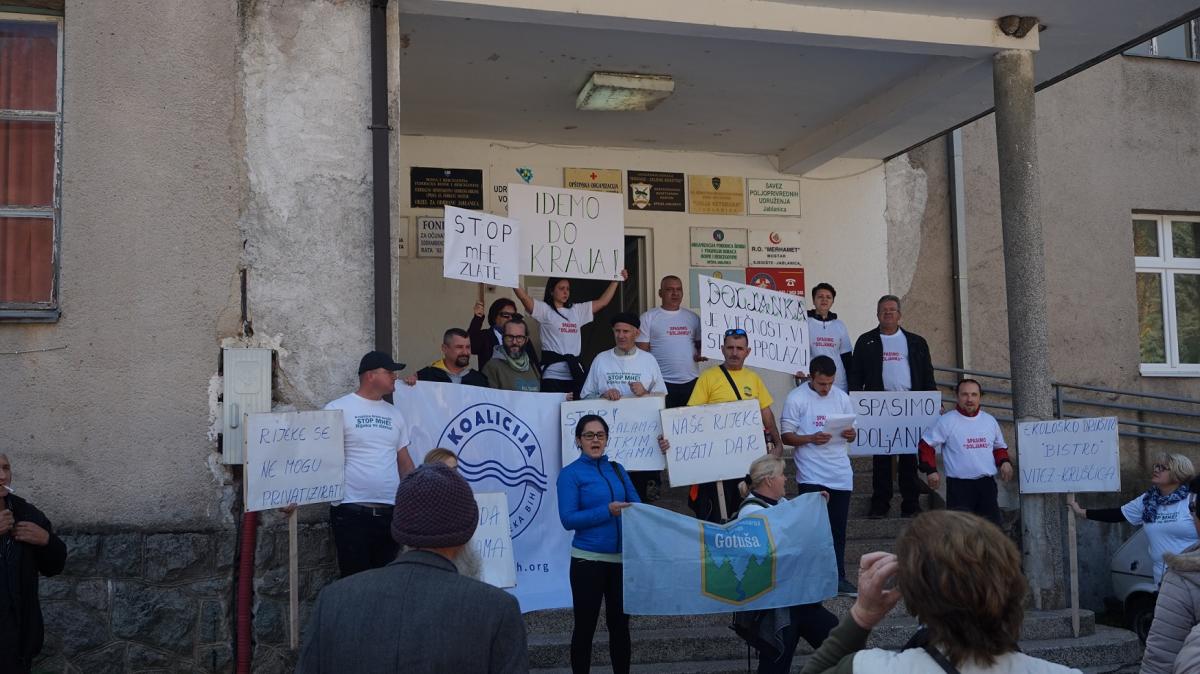 He knows these things, and, unlike those who have succumbed to the greed of the world, he knows what it’s like to live one’s truth. And Dženan Šašić is only 22 years old.