The Cactus roach is found in the Danube drainage above the Iron Gate (Kottelat & Freyhof 2007). Abundant in the Sava drainage of Slovenia and Bosnia-Herzegovina, found in the Sava, Sora, Ljubljanica, Mirna, Krka, Kolpa, Savinja, Sotla, Una and Drina rivers (Simonović et al. 2015). The cactus roach is rheophilic, requiring fast-flowing gravel substrates for spawning; found in medium to large-sized rivers (Kottelat & Freyhof 2007). Previously grouped with R. pigus, found in Italy and Switzerland (Bianco & Ketmaier 2014).
Construction of medium-to-large sized hydropower schemes in the Sava drainage in Slovenia (e.g. Mokrice and Brežice) have likely eliminated the largest spawning populations of the species in that region; continued hydropower expansion on the Sava threaten at least 50% of the species distribution in the Balkan region and perhaps a greater percentage concerning abundance. 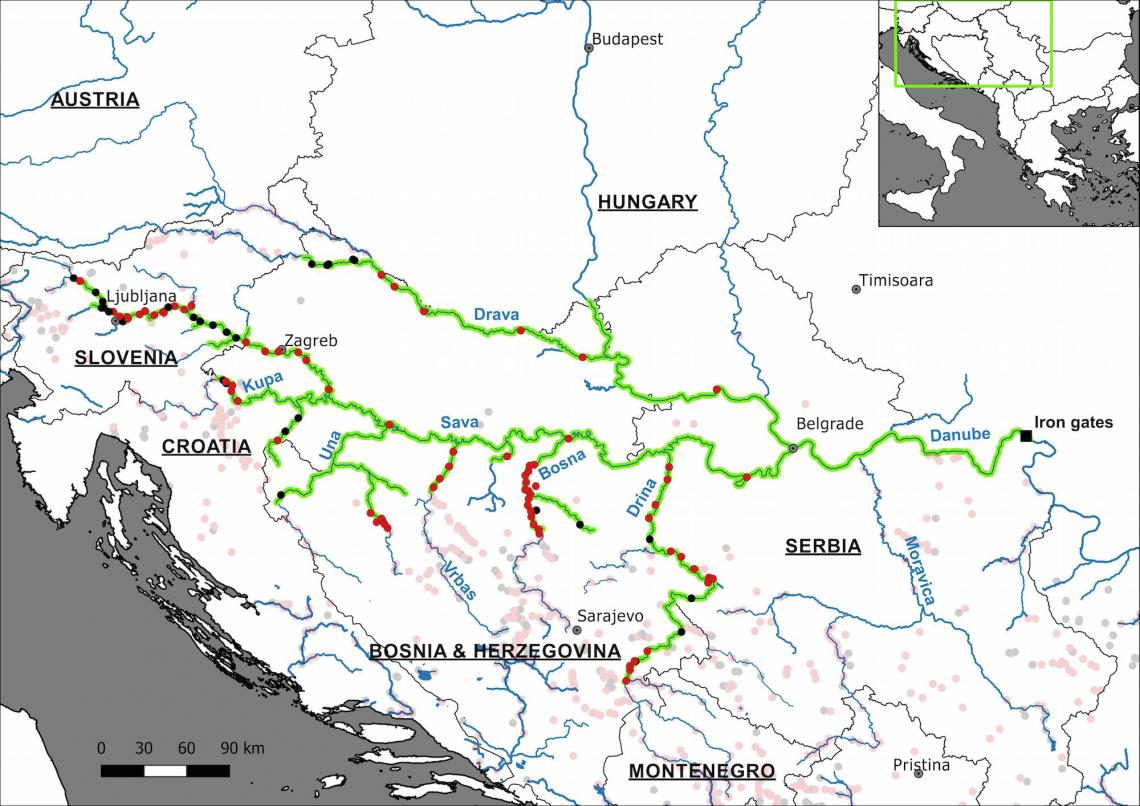