The Dalmatian Barbelgudgeon occurs in the Zrmanja, Krka and Cetina river drainages of Croatia, as well as small rivers in Livanjsko, Glamočko and Duvanjsko poljes in Bosnia-Herzegovina as well as lakes Buško and Blidinje (Kottelat & Freyhof 2007); recently reported from the Šujuca River, Bosnia (Benovics et al. 2017). Growing up to 200 mm SL, the species prefers more lacustrine habitats of karstic streams and wetlands; however, it is still considered very vulnerable to hydropower development (Freyhof 2012). It moves into subterranean habitats seasonally or during droughts (Ćaleta et al. 2009).
Approximately 20 hydropower schemes in Croatia threaten to eliminate more than 50% of the species range. Karstic areas are also very sensitive to hydropower schemes in distant locations due to unpredictable changes in groundwater flows. 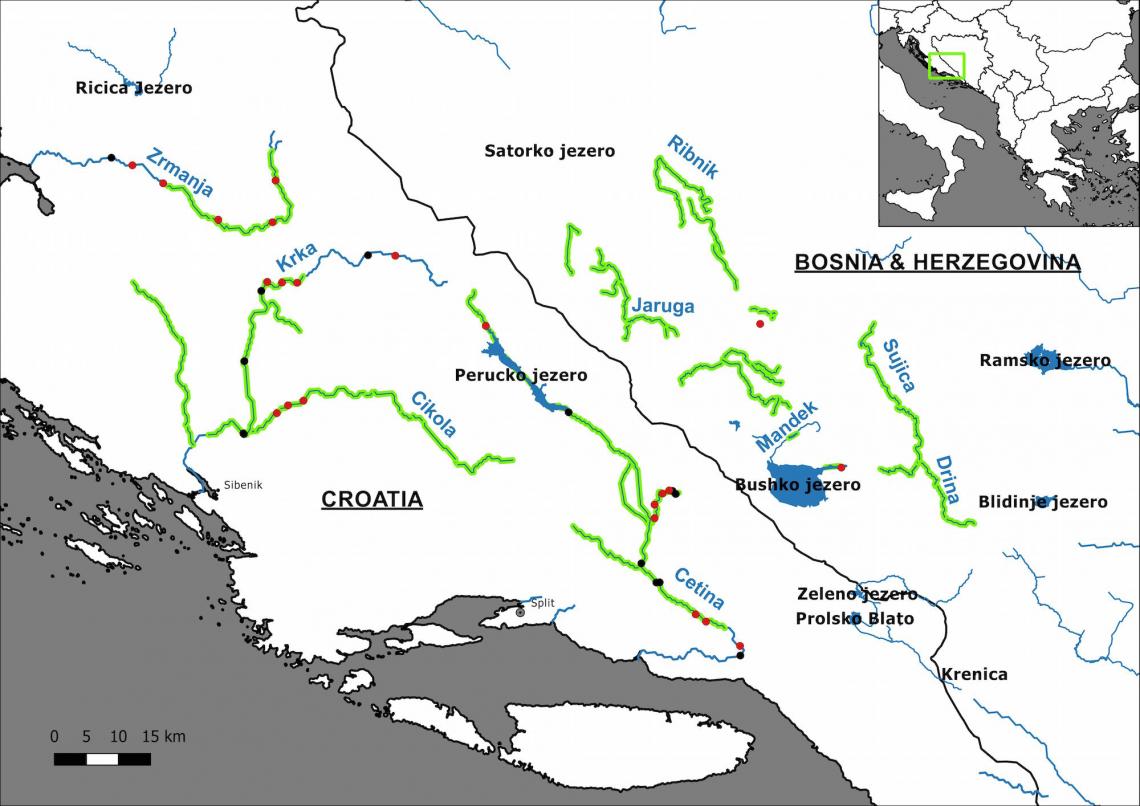