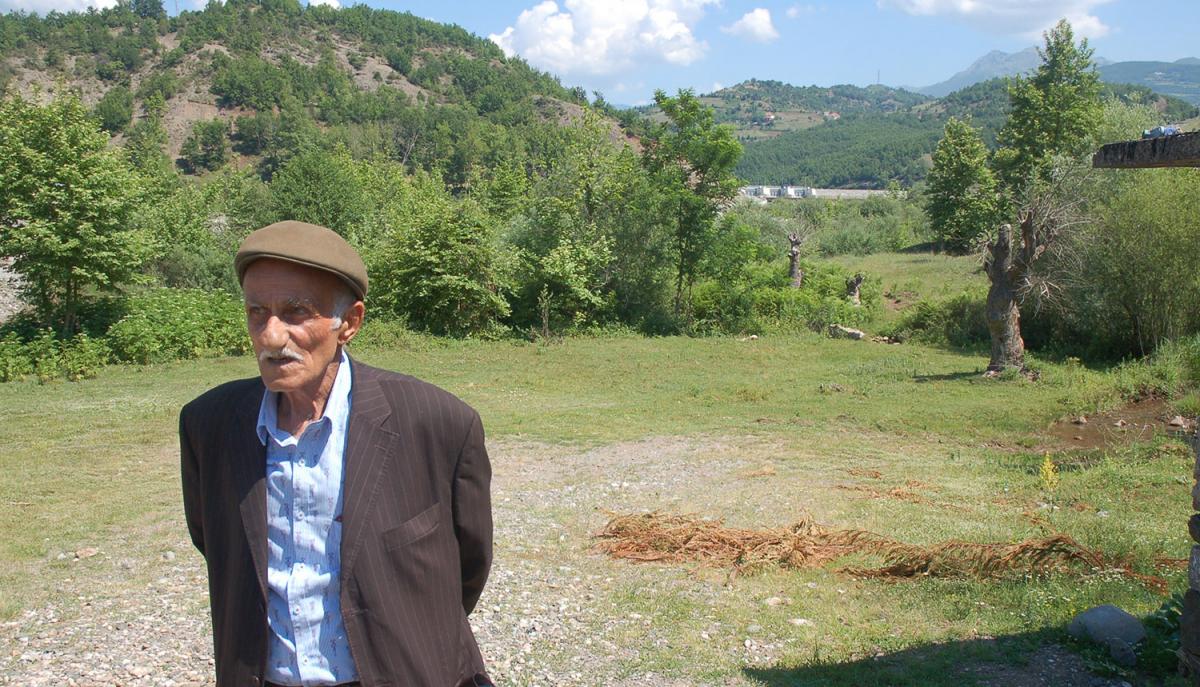 ​“Mills don’t grind if you given them no water” goes the old proverb that Xhevahir Shkurti, an owner of a water mill in the village of Rapuni in central Albania could not agree more with. Until a year ago, Shkurti family’s mill ground grains for 15 communities dotting the adjacent mountains. With as many as 200 people descending down the valley to mill their corn each month, Xhevahir’s two sons helped with milling.

Now when Xhevahir’s son Perparim puts the water on, the millstone that pre-dates the times of Albania’s dictator Enver Hoxha does not even set in motion. “The hydropower plant has taken all our water”, complains Perparim pointing to the powerhouse standing on the Qarishte river in a

close distance to the mill. The crystal clear water in the channel that connects the river with the mill now disappears in a concrete tunnel.

The water now runs through a powerhouse that is part of the Rapuni 1 and 2 cascade, one of over 300  new hydropower projects planned in Albania. With the output, the country’s government intends to generate electricity for domestic consumption and for export to the European market.

Whereas some question Albania’s perpetuated reliance on a sole energy source, the susceptibility of waterpower to climate change and the uncertain future demand for Balkan electricity exports, hydropower keeps receiving state incentives and support of international financial institutions.

Next to a state guarantee that the electricity from Rapuni is purchased through a fixed tariff, the Rapuni cascade was built with a public finance loan from the European Bank for Reconstruction and Development (EBRD). The London-based EBRD finances investments that are to bring development and stimulate the uptake of renewable energy sources in the former eastern block countries.

Yet, rather than representing progress, hydropower is increasingly seen as a symbol for the destruction of livelihood for common people like the Shukrti family. ​What is good in electricity if people have no bread to eat?” asks solemnly Xhevahir Shkurti as he glances over the stones lining the empty bed of the Rapuni river, the parent river of Qarishte. His glance wanders towards the 10-meter high dam structure on the Rapuni and houses and fields downstream from it.