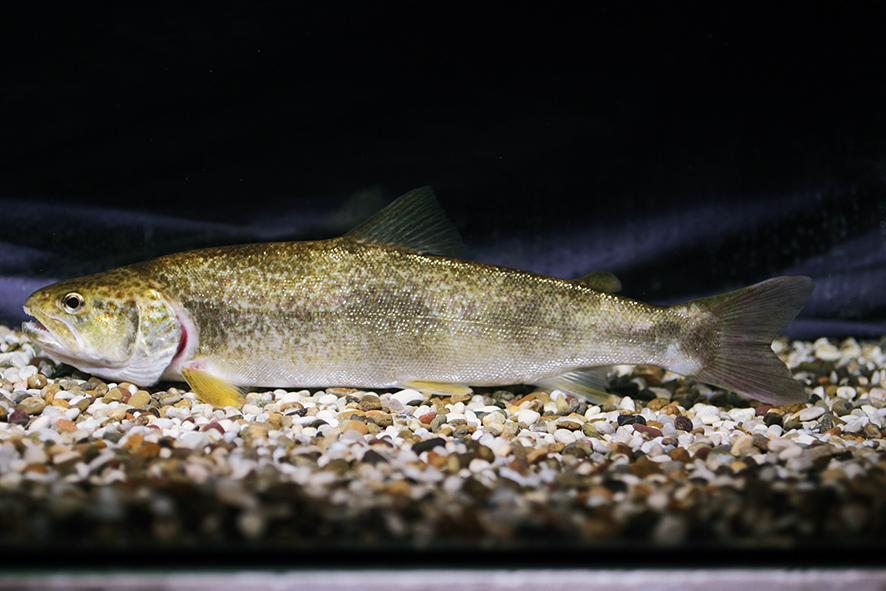 Marble trout are an Adriatic basin endemic that reach 24 kg in size (Delling 2002) making them extremely popular for sport fisheries. In our study region, they occur in: 1) Soca basin in Slovenia, also the Rižana and Reka rivers, 2) Neretva basin in Bosnia-Herzegovina, and 3) Skadar basin in Montenegro (Zeta, Morača and Cijevna rivers) (Maric 1995, Mrdak et al. 2012), where the species is becoming very rare. Hybridization with introduced Salmo trutta is a major problem throughout the range of marbled trout (Meraner et al. 2010; Pustovrh et al. 2011; Sušnik Bajec et al. 2015). The last pure populations in Slovenia are found in a few very small and isolated tributaries of the Idrijca drainage (see http://www.balkan-trout.com/studied_taxa_7_marble_trout.htm).
Hydropower expansion on the upper Cijevna River (Cemi River) in Albania, the Morača River in Montenegro, and the Neretva River in Bosnia-Herzegovina, as well as the Soca basin in Slovenia post a threat for at least 50% if not 75% of the species Balkan range. 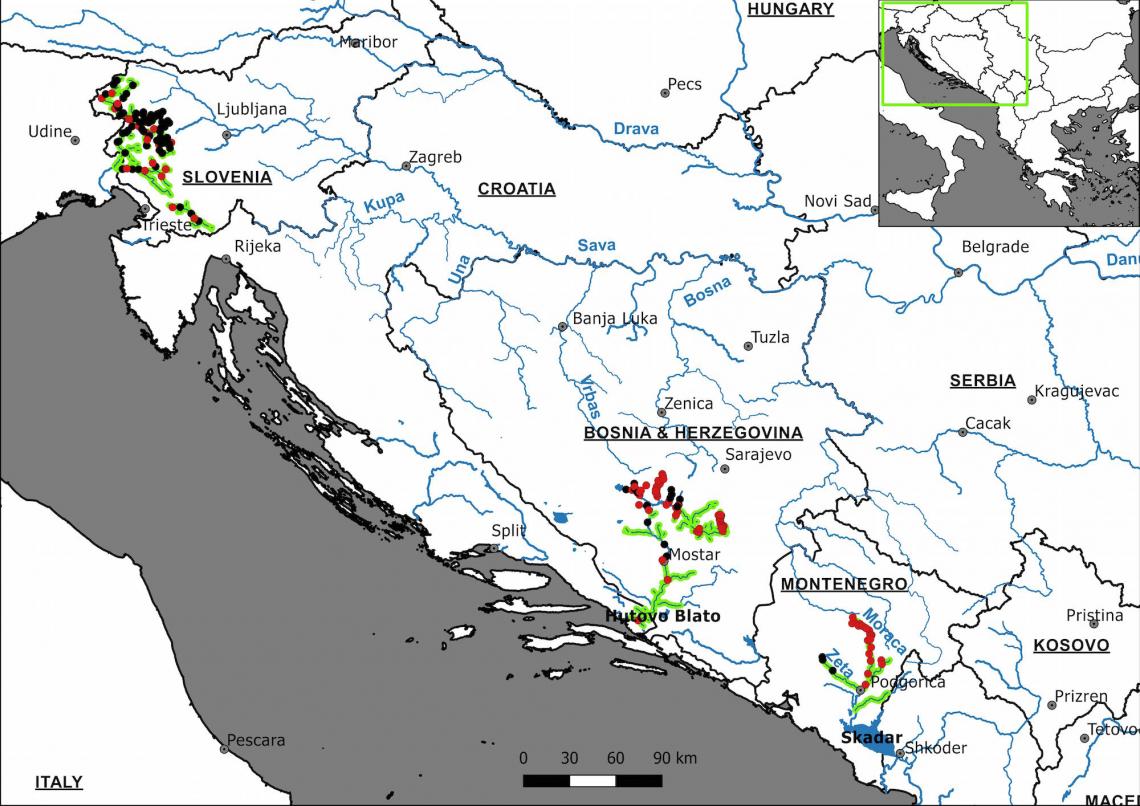