Mandras bleak are endemic to the Lake Mandras drainage in Bulgaria. They use the impounded area of Lake Mandras for foraging (Kottelat & Freyhof 2007) but migrate into headwater tributaries to spawn in strong current over gravel. Suggested to be highly sensitive to hydropower development due to the blockage of migratory corridors to reach spawning grounds (Freyhof 2012). As the species is critically endangered and limited to this single drainage, any impact on these spawning grounds could bring the species to extinction.
At this time, there are no planned hydropower schemes listed in the Mandras catchment. 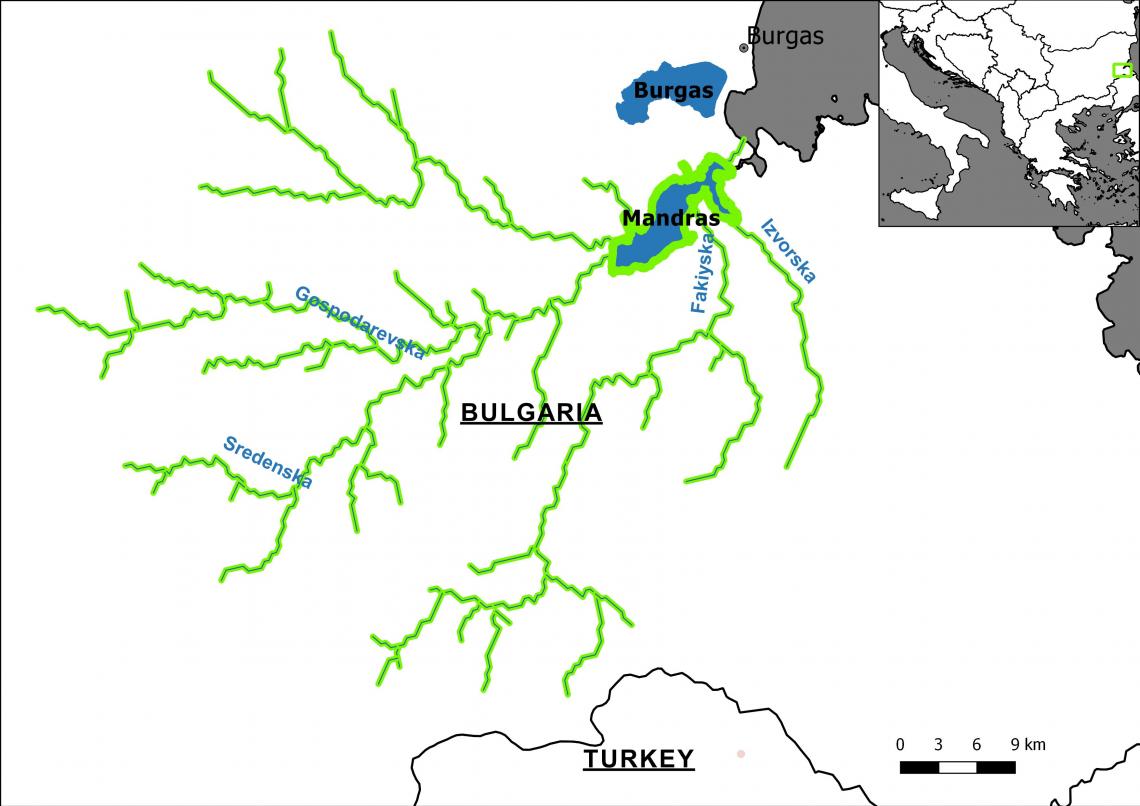