The Vjosa River at a Crossroad – Dam Tsunami or National Park? 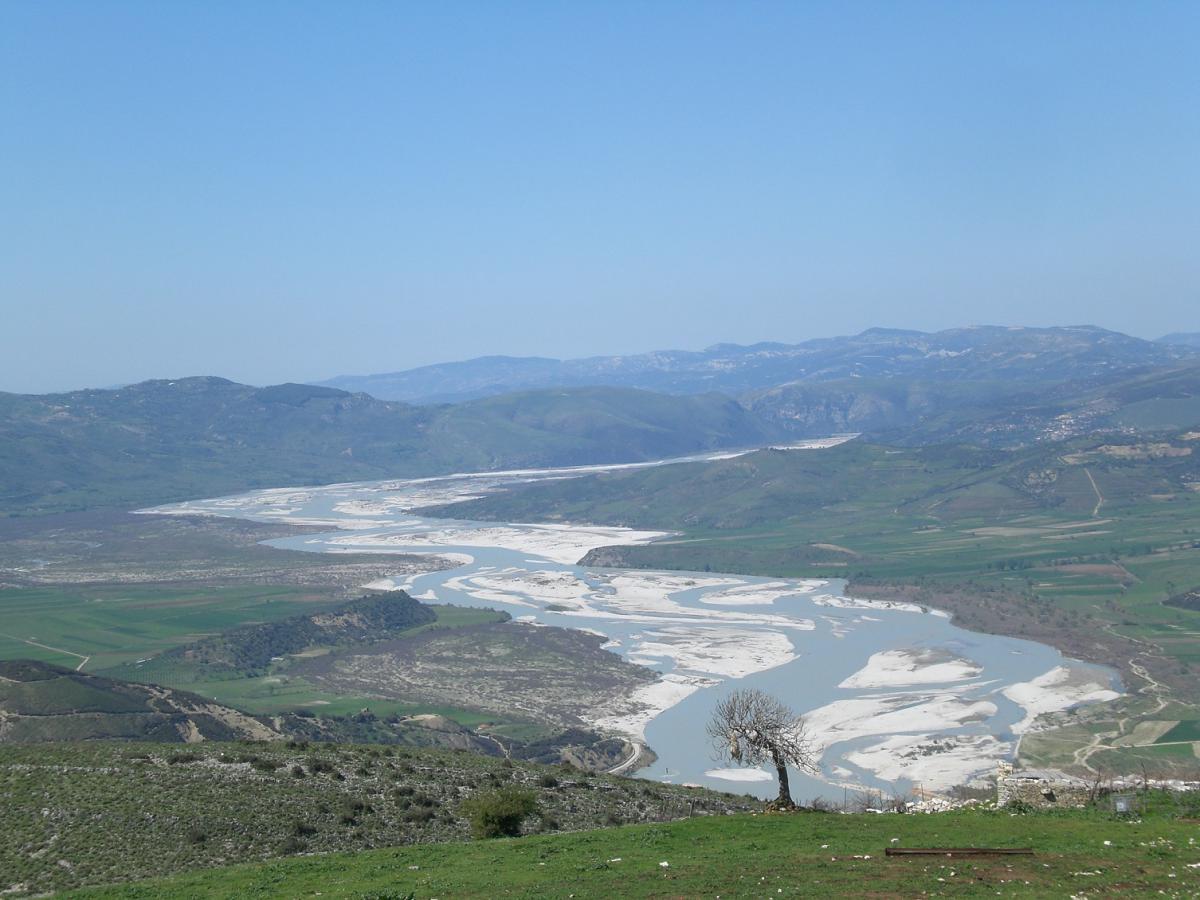 Tirana, Vienna, Radolfzell, March 12, 2015. Today, the international NGOs Riverwatch and EuroNatur, together with their local partner EcoAlbania, are presenting a paper, which for the first time reveals the full extent of the threat to the Vjosa catchment area. According to this paper, the last big wild river of Europe is at risk of complete destruction. A total of 33 hydropower plants are projected along the Vjosa and its tributaries, six of which in Greece (where the Vjosa is called Aoos) and 27 in Albania. However, resistance against these projects is increasing and an alternative idea is enjoying more and more popularity: the establishment of a Vjosa National Park. A new Albanian initiative is supporting this vision.

The Vjosa in the South of Albania is one of the last intact wild rivers in Europe. Along its course of 270 kilometres it is free flowing – in some areas the riverbed expands over more than 2 km in width – and its tributaries are largely untouched as well. This is without par in Europe.

However, this treasure could soon be spoiled. An extensive analysis of the NGOs revealed that, in addition to the eight projected hydropower plants along the Vjosa, virtually all its tributaries are planned to be impounded and diverted. Three projects are already under construction. “If the tributaries are impounded, ultimately, the Vjosa will be destroyed as well. It is like cutting all the branches of a tree – the entire tree will ultimately die”, so Ulrich Eichelmann from Riverwatch, coordinator of the “Save the Blue Heart of Europe” campaign.

So far, Austrian and Italian companies are involved in the construction of the hydropower plants. One of them is the Austrian corporation ENSO Hydro. Financed by the Development Bank of Austria and the World Bank subsidiary IFC the river Langarica is being diverted and drained in midst of the Fir of Hotova National Park.

Gabriel Schwaderer, CEO of EuroNatur says: „We need to stop the dam tsunami along the entire Vjosa in order to save this European natural treasure. Together with local communities, we want to achieve the establishment of a national park instead – for the benefit of nature but also for the people of the Vjosa valley and their potential for sustainable socio-economic development in the future. For that, however, it needs to be kept free from dams. “

In order to support this idea, a new initiative was established in Albania, the “Friends of Vjosa” initiative. “We invite everyone to join our initiative. We need to promote the beauty and the value of the Vjosa and inform people about the threat it is facing. Many don’t even know about it”, so Olsi Nika, CEO of the Albanian environmental NGO EcoAlbania. Some politicians, artists and scientists have already joined the initiative. In May, a Vjosa Day will be held in Tirana, for which residents of the Vjosa valley will travel to the capital in order to promote the beauty and diversity of their river. They will express their clear support for a Vjosa National Park.

The campaign to protect the Vjosa River is part of the international campaign to save the most valuable rivers on the Balkan Peninsula. More than 630 new hydropower plants are currently projected between Slovenia to Albania. In order to counteract this spate of destruction, “EuroNatur” and “RiverWatch” have launched the “Save the Blue Heart of Europe” campaign in cooperation with local partner in the respective Balkan countries.

Find the PHOTO GALLERY of the Vjsa press conference.