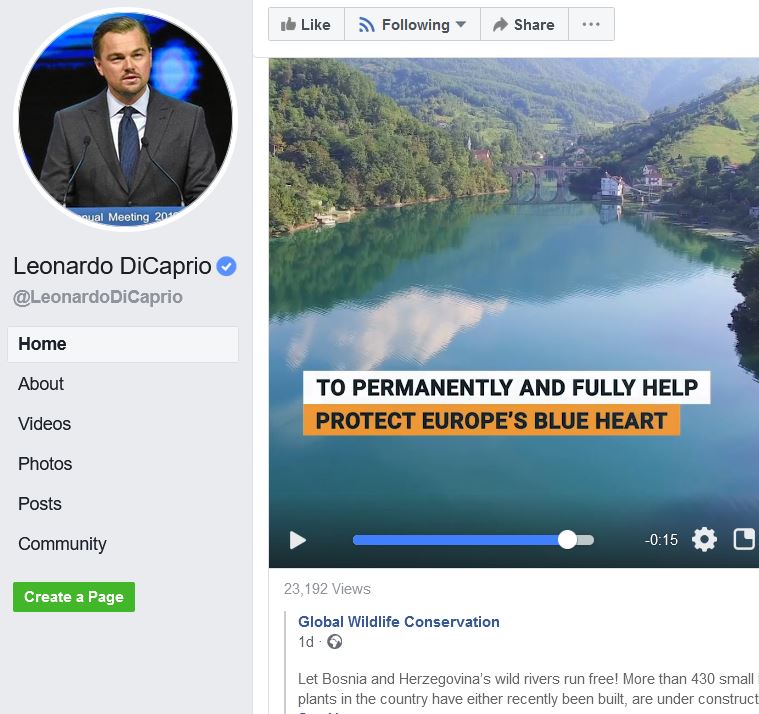 Prominent support for the Blue Heart and the rivers in Bosnia and Herzegovina: Leonardo DiCaprio joins the appeal of a global alliance of conservation organisations to put a breakthrough resolution passed in June by the Federation of Bosnia and Herzegovina into effect. The resolution banned the construction of new small hydropower projects within its territory, however, the deadline for implementing this resolution ends today, September 23rd. The resolution appears to be merely empty words as the government of the Federation has failed to turn into law. With the support of Leonardo DiCaprio, we urge the government to permanently protect the rivers in its territory – which are amongst Europe’s last wild rivers – and the rare and endemic wildlife they host.

Leonardo's support is being covered all over national news

Watch the video that Leo shared,below and read this press release!