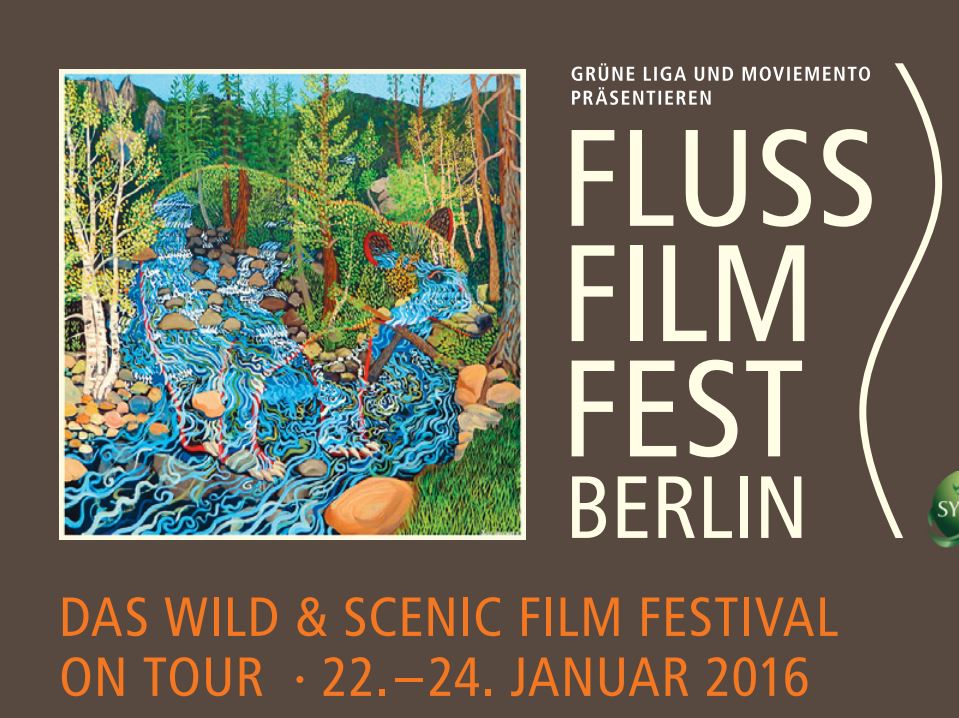 Between January 22 and 24, the first “River Film Festival Berlin” takes place in the Moviemento Cinema in the Kreuzberg district. Organized by the Grüne Liga, the festival takes you on an adventurous journey through breathtaking river landscapes and shows people, who fight for the preservation of these valuable habitats. Complemented by thematic introductions and discussion forums, festival visitors await over 30 movies which celebrate the beauty of free flowing rivers and emphasize their ecological, economic and cultural value.

At the same time, the festival aims to draw attention to the rapid destruction of river ecosystems by dams and hydropower plants, pollution and over-exploitation. On Saturday night at 6:30pm, campaign coordinator Theresa Schiller from EuroNatur will talk about the Save the Blue Heart of Europe campaign.

Lectures and discussions will be held in German while most movies will be screen in original English version.  Reserve tickets in advance at Kino Moviemento