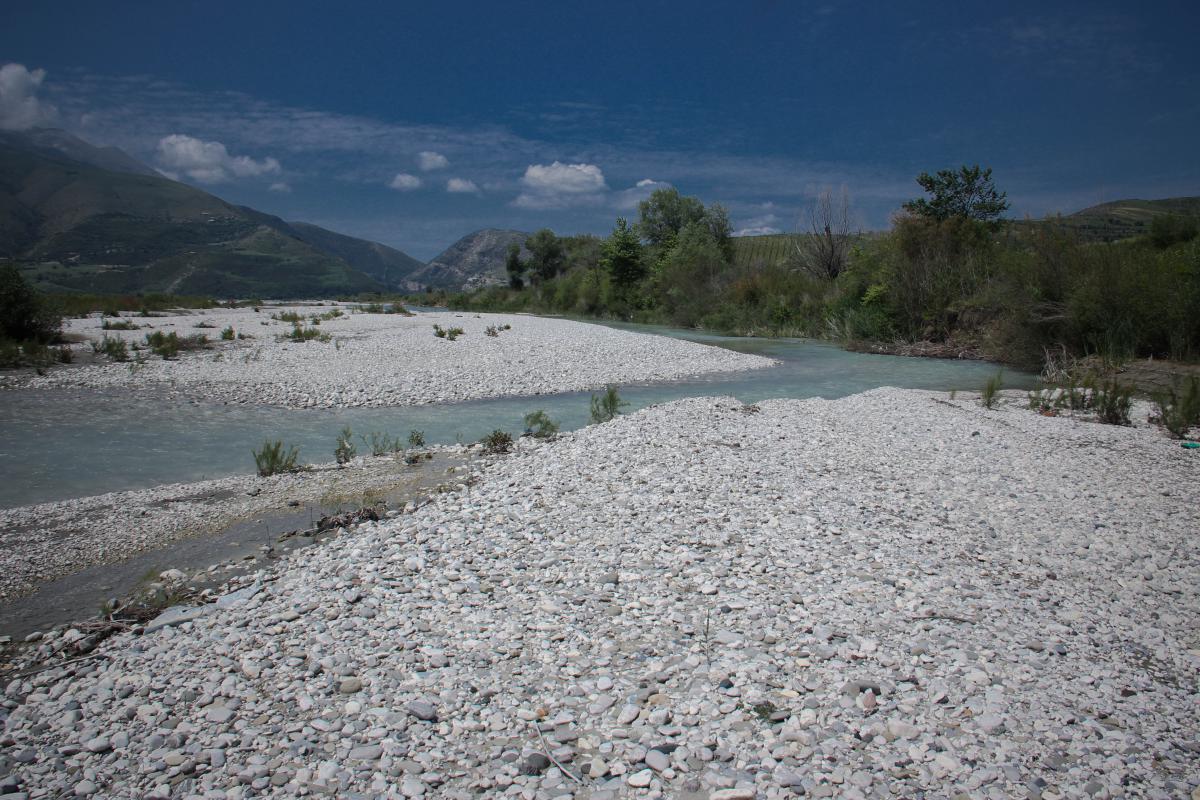 Vienna, 10.6.2014. In cooperation with the German GEO magazine, a remarkable event will take place along the Vjosa River in Albania from June 13-15. For three days, 50 to 60 experts will range the Vjosa’s riparian zone and study its animal and plant species. Bats, birds, fish, dragonflies, butterflies, beetles, amphibians, reptiles, macrobenthos (organisms that live at the bottom of a water body) as well as plants will be captured/collected, their species determined, and then released back into the wild. The team of scientists as well as the numerous assistants are comprised of Albanians, Macedonians and Austrians.

“This is very exciting since scientific knowledge about the Vjosa’s biodiversity is very limited. We might find species that nobody knew existed in Albania”, says Ulrich Eichelmann, CEO of Riverwatch and one of the organizers of the event.

The GEO Biodiversity Day is the major field study activity in Europe. It aims at drawing attention to biodiversity and the value of the species at our own doorstep. “Scientifically, the Vjosa River is like a blank page. We might know less about the biodiversity of this river than about the Amazon. We would like to change that in those three days”, so Eichelmann.

The Vjosa is one of Europe’s last living wild rivers. Along its entire course of over 270 kilometers it is untamed and free flowing. Gravel banks of up to 2.5 kilometer in width, islands, oxbows and alluvial forests characterize its landscape.

The Biodiversity Days along the Vjosa are a collaboration between the GEO magazine and the ”Save the Blue Heart of Europe“ campaign. This campaign aims at preserving the most valuable rivers with regard to ecology between Slovenia and Albania. Over 570 large and medium hydropower plants are projected in that region; eight of which along the Vjosa.