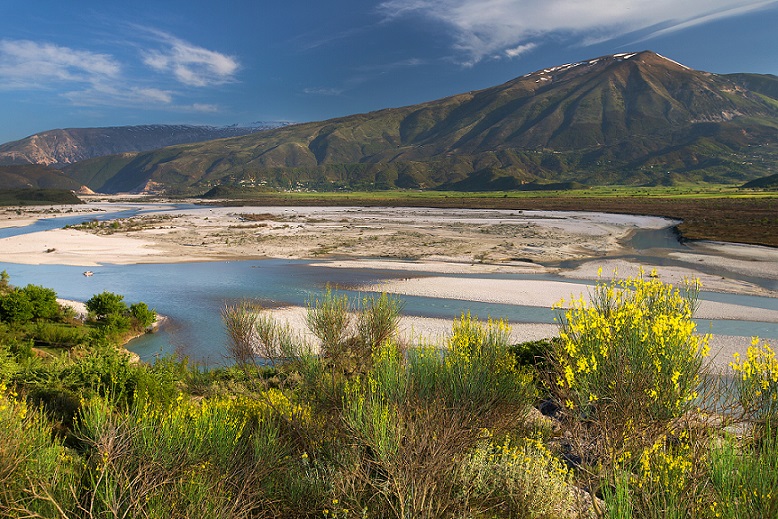 In Albanian society, the opposition against the projected hydropower plants on the Vjosa River is receiving further support. In an open letter to the country´s Minister of Energy and Industry, Damian Gjiknuri, the Confederation of Albanian industries is calling for a moratorium on the construction of dams on the Vjosa River and its tributaries.

The Balkan rivers are threatened by a hydropower tsunami that will not stop at the Vjosa. Multiple power stations are foreseen on the yet unspoilt wild river. Recently, the Albanian “Konfindustria” – the institution that represents the interests of the country´s 280 major industrial firms – has called for an end of all current and projected concession processes. It justifies its demand by stating that all previous studies on the economic performance of the hydropower stations were outdated and incomplete and, thus, would not provide any reliable recommendations. Alternative energy concepts such as the use of solar panels are to be included in the plans instead.

Furthermore, the head of the Confederation of Albanian Industry, Gjergj Buxhuku, demands in his letter that environmental impact assessments are conducted according to EU standards. The preservation of the Vjosa River and its tributaries in their current form is of great interest for the EU integration process of Albania, says Buxhuku. Projects that would destroy these freshwater pearls once and for all are not tolerable, he continues.

“It is extraordinary that the national industry positions itself in this clarity. It is a sign of a growing opposition against the plans for a new hydroelectric power dam on the Vjosa”, says Theresa Schiller, campaign coordinator at Euronatur. “Gjergj Buxhuku´s demand on behalf of the Confederation of Albanian Industry is another major voice in the fight for a free-flowing Vjosa River!”